Having been inundated with fiscal shocks from the Covid-19 pandemic in 2020 which plummeted government revenues in 2020, all the 36 states of the federation commenced a rebound in 2021, in a bid to expand opportunities for growth and build fiscal resilience.

In this year’s report, we will review how far states have come, discuss “Sustainable Governance Reforms for a New Era” and explore the various strategies that states can adopt and implement to ensure that the positive momentum created by the SFTAS reforms is kept even where the monetary incentives are no longer available. 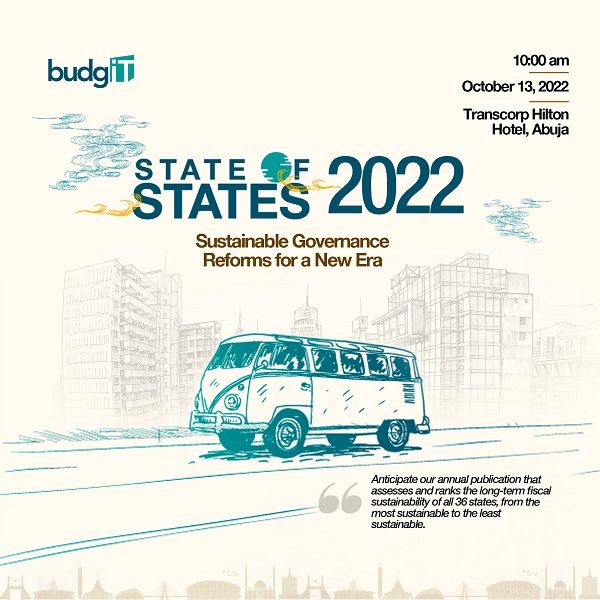 States Performance on Index A

States that rank higher on Index A have comparatively limited dependence on federally distributed revenue for their operations and thus have greater viability if they were to theoretically exist as an independent entity.

States Performance on Index A1

States that rank higher on index A1 have been able to significantly grow their internally generated revenue year-on-year and are progressively reducing their over-reliance on federal transfers.

Contrarily, the states that rank low on this index have had either a negative or poor growth in their internally generated revenue and thus remain heavily dependent on federally distributed revenue to implement their budgets.

States Performance on Index B

States that rank higher on Index B have comparatively more public revenue left to implement the capital expenditure components of their budgets after fulfilling repayment obligations to lenders and their government’s operating expenses.

Conversely, States that rank lower on Index B have comparatively less revenue left implement the capital expenditure components of their budgets, and thus face a greater risk of resorting to more borrowing or risk of under-implementing their capital budget.

States that rank higher on Index D give comparatively higher priority to investing in capital expenditure compared to their operating expenses.

States that rank lower on Index D have a financial strategy that prioritises investment in their operating expenses over capital expenditure in the state.

These states are not sufficiently investing in improving the human capital development profile of the state. 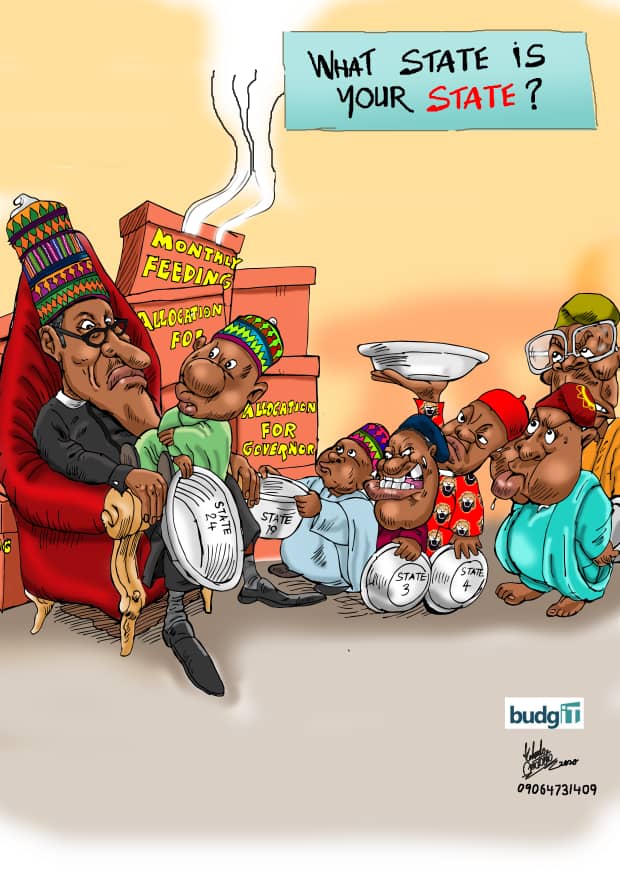 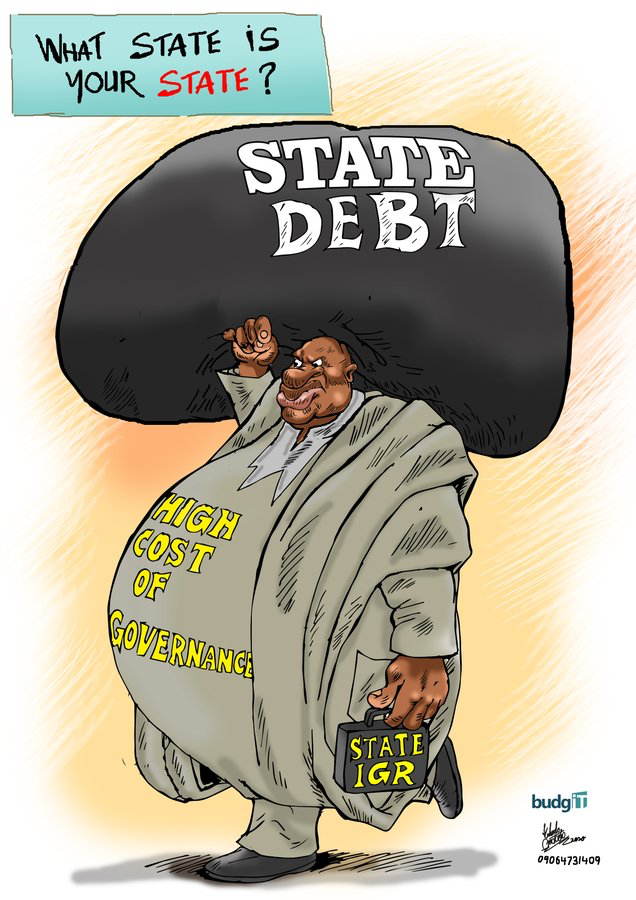 Key Insights from the 2022 States of States Report

The Fiscal Outlook: What you should know

Having been inundated with fiscal shocks from the Covid-19 pandemic in 2020 which plummeted government revenues, the 36 states of the federation commenced a rebound as the cumulative revenues of the states grew by 15.62% from the N4.43tn earned in 2020 to N5.12tn in 2021.

There was a 32.38% year-on-year growth in the aggregated Internally Generated Revenue (IGR) of the 36 states, from N1.2trn to N1.59tn. However, the bulk of the states still rely heavily on federally distributed revenues to implement their budgets.

The cumulative expenditure of the 36 states increased by 26.60% from N5.23tn in 2020 to N6.62tn in 2021. Notwithstanding, while 30 States increased their total  expenditure from the previous year, 6 States reduced their expenditure—with Ebonyi having the highest decline of 16.87%.

Several States implemented reforms to identify ghost workers and eliminate payroll fraud, leading to decline in the year-on-year growth of the personnel cost of 7 states. However, the cumulative personnel cost of the 36 States grew by 5.38% from N1.46tn to N1.54tn.

With an education spending per capita of N380.65 and N365.30 respectively, Imo and Ondo had the least investments in education per capita in 2021.

How did states perform in the 2022 State of States
Fiscal Sustainability Ranking? 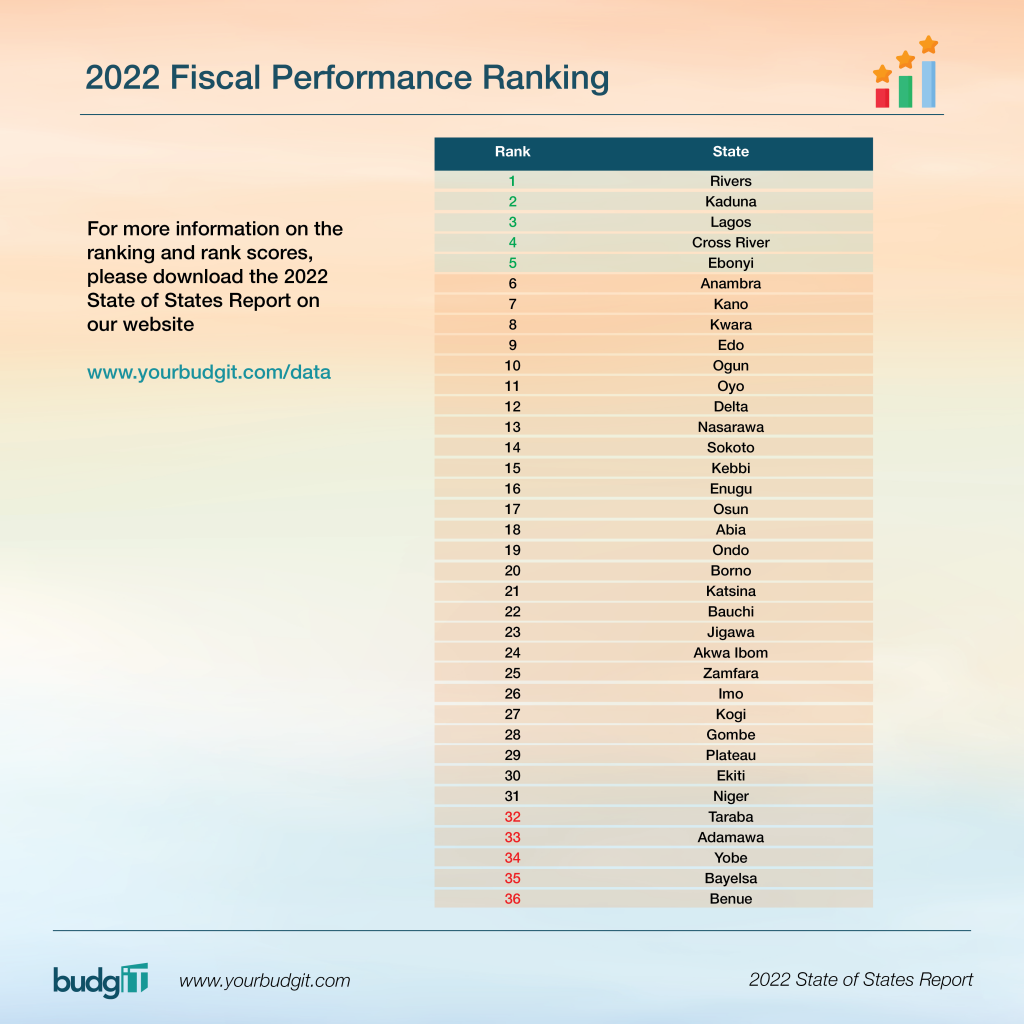 What is the Subnational Debt Outlook?

All States need to check their penchant for acquiring dollar-denominated loans, especially in an era of low foreign direct investments and dwindling foreign reserves. 6 States—Plateau, Imo, Cross River, Osun, Kaduna and Ekiti—exceeded the debt to revenue ratio solvency threshold of 200% in 2021.

Four states—Oyo, Yobe, Ogun and Sokoto—grew their total debt stock by more than 40% from 2020. The 5 most indebted states—Lagos, Kaduna, Rivers, Ogun, and Cross River—are responsible for 37.09% of total subnational debt.

Kogi State had a foreign debt year-on-year growth of 85.65%, and it ranked 1st among the 17 States that grew their foreign debt in 2021. The four states with the highest dollar-denominated debt ($250mn and above)—Lagos, Kaduna, Cross River and Edo—are the most susceptible to exchange rate volatility 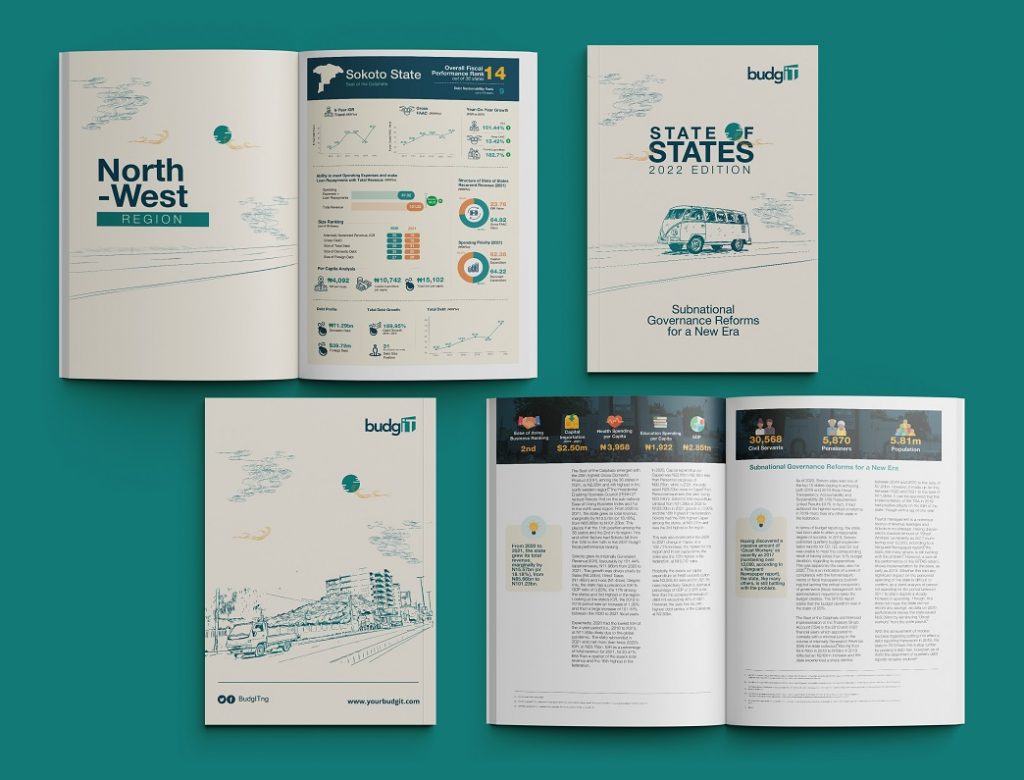 In the last five years, there have been initiatives by multilateral institutions to incentivise governance reforms in states across the federation. One such commendable initiative is the World Bank-funded, State Fiscal Transparency, Accountability and Sustainability (SFTAS) Program for Results (PforR).

On fiscal transparency, the 36 states of the federation currently publish in a timely manner, their proposed budgets, approved budgets, budget implementation reports, Audited financial Statements for both the States and the Local Governments. In the same vein, many states have enacted an Audit Law that grants operational and financial autonomy to the Offices of Auditors-General of the State and Local Government, thereby empowering their supreme audit institutions to effectively hold governments accountable.

35 States, excluding Taraba, have captured the biometric and BVN data of at least 70% of the civil servants and pensioners on their payroll, and linked the captured data to their payroll management system. The 35 states put together, excluding Taraba, have a total of 848,483 civil servants  and 498,097 pensioners on their payroll. As result, at least 15,397 ghost workers have been identified and eliminated in 13 states across the federation.

Importantly, only a few states have been able to establish and operationalise a state-level Functional Treasury Single Account (TSA) to ensure that it covers at least 70% of all its finances. The non-implementation of the TSA creates loopholes for revenue leakages and the mismanagement of scarce revenues. All states need to establish and fully operationlaise their TSA.

Many states have improved procuring practices by enacting a legislation for public procurement that conforms to the UNCITRAL Model Law. However, a lot of states are yet to fully implement e-procurement to ensure that all MDAs are covered. Similarly, a number of States are yet to ensure that all schedules of contracts awarded for the year are published online as required under the Open Contracting Data Standards and in line with the procurement laws/guidelines.

Non-implementation of provisions of the procurement law on the full publishing of contracts slows down beneficial ownership reforms at the subnational level, which is one of the best ways to eliminate procurement fraud in relation to Politically Exposed Persons (PEPS). 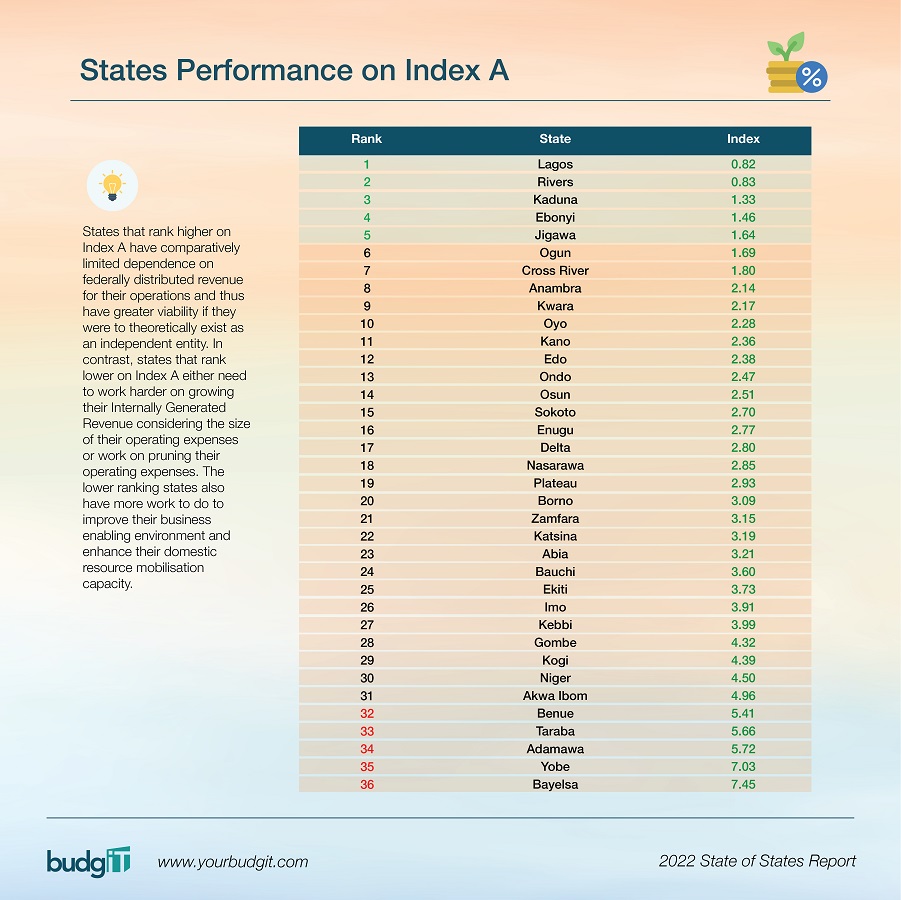 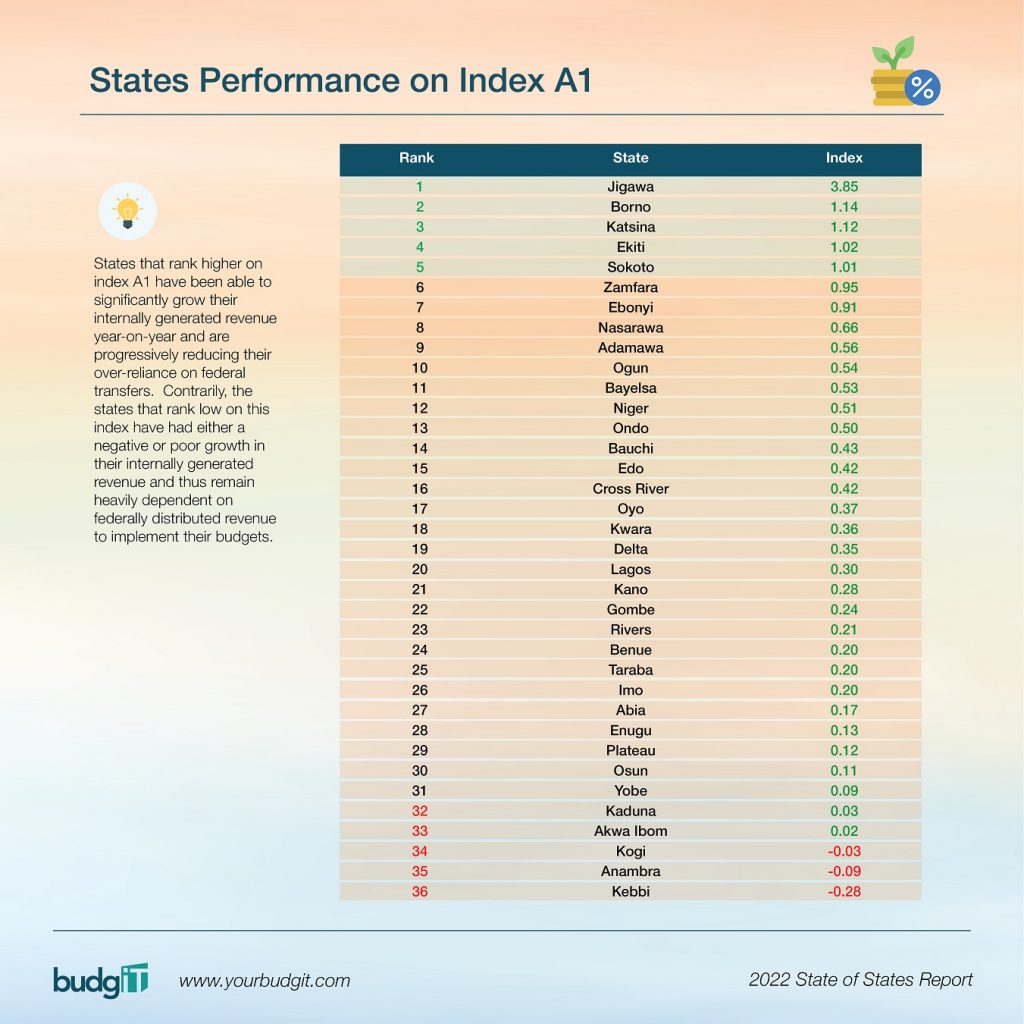 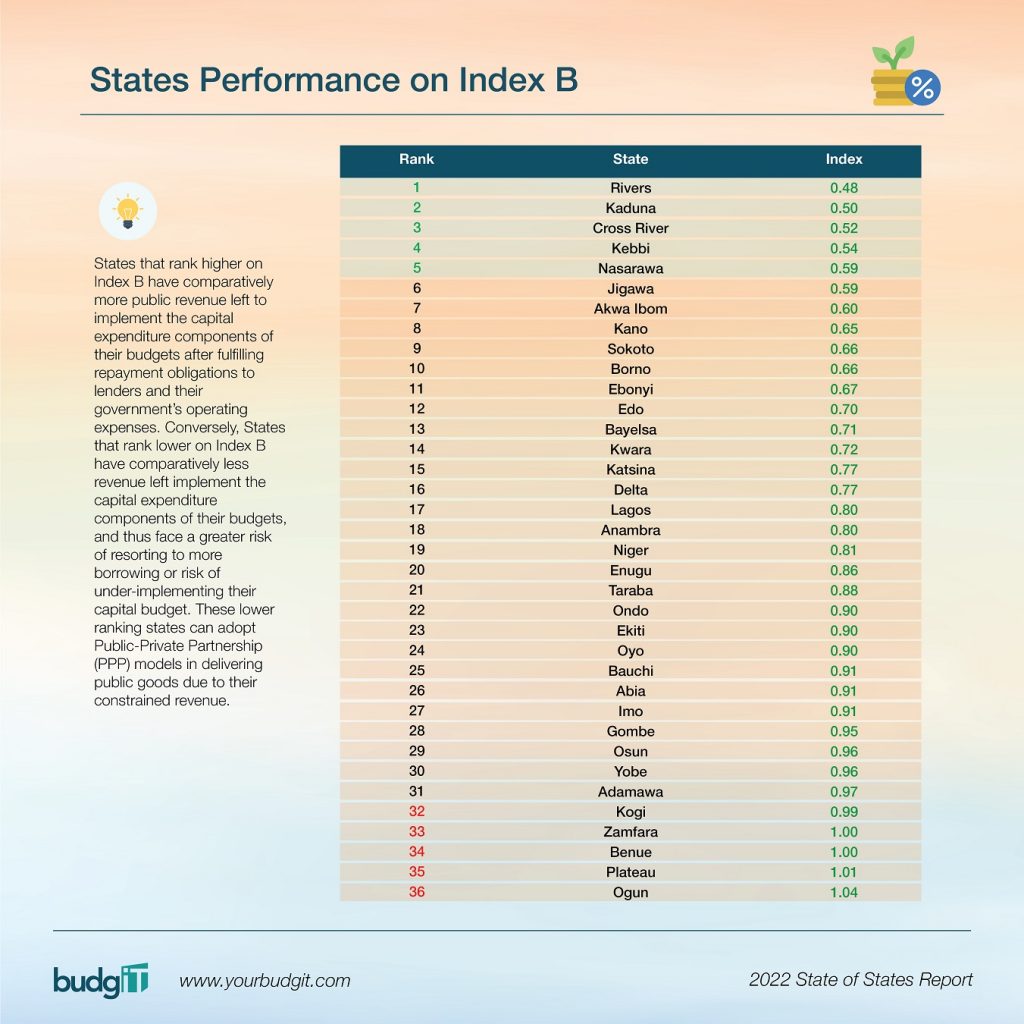 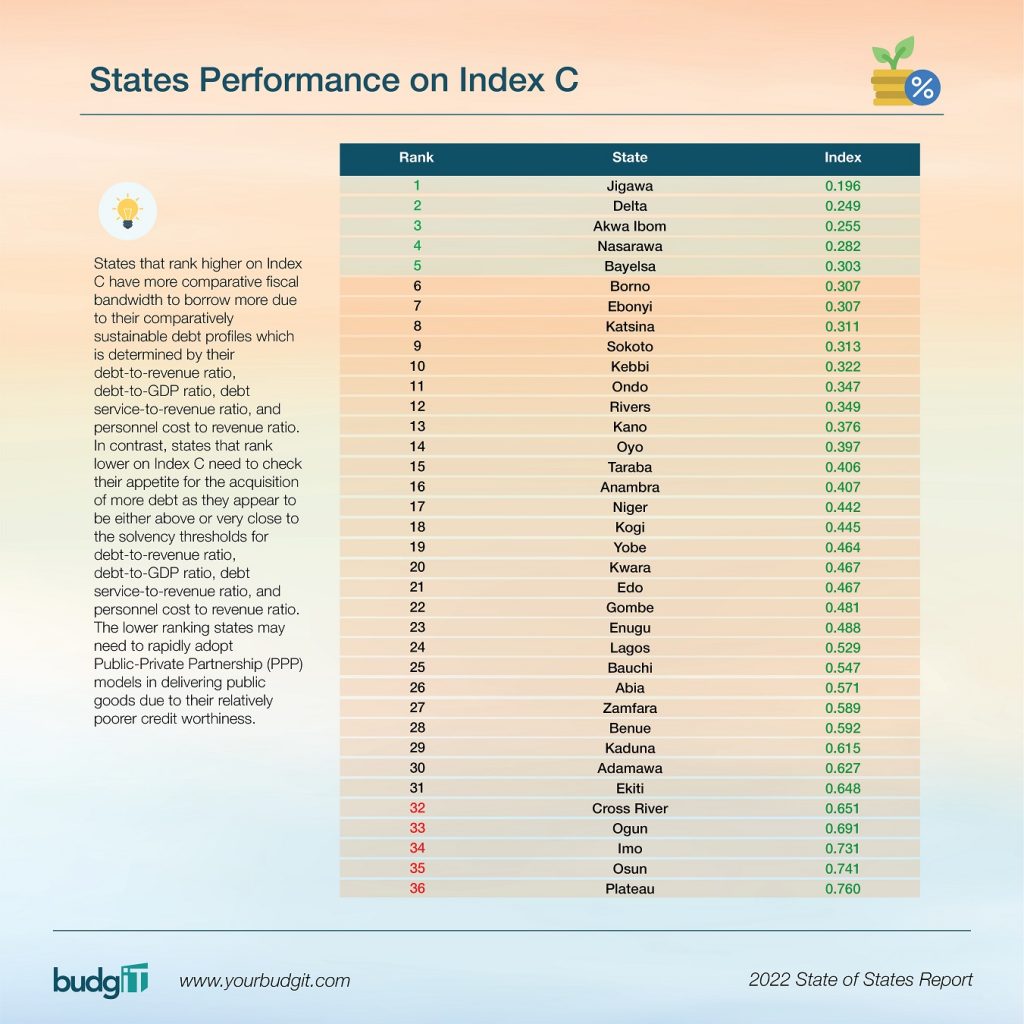 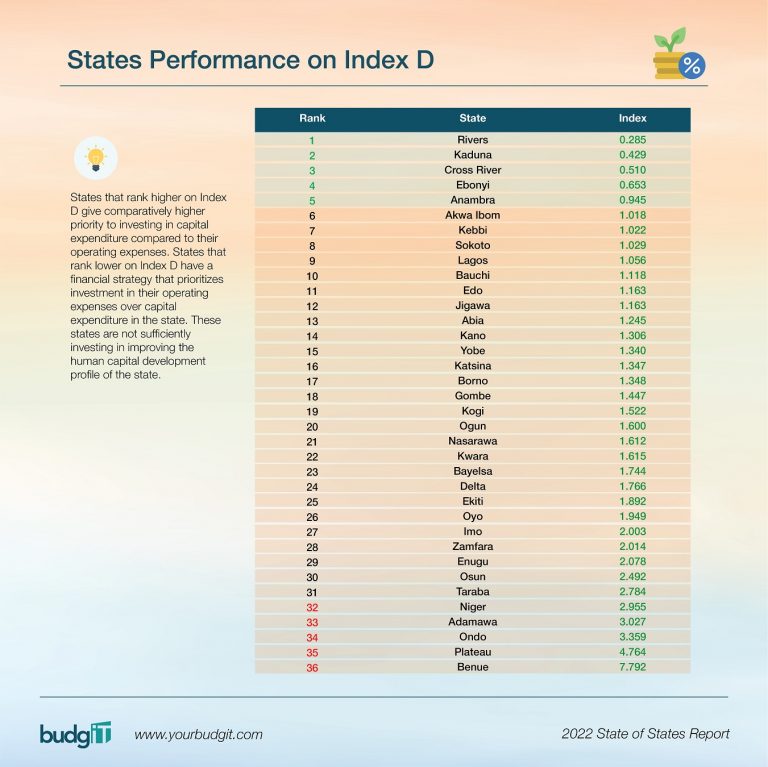